Spectrum Effect was founded by the wireless industry veterans behind Eden Rock Communications (SON leader acquired by a tier-1 OEM) with technologies incubated in advanced research projects with the United States Department of Defense and the Office of Naval Research. Spectrum Effect has pioneered highly innovative machine learning based analytics of mobile network data for RF interference mitigation.

Our mission is to solve the most challenging and costly problems in the wireless industry through innovation and automation. With R&D in Kirkland, Washington USA and Monterrey Mexico, we are passionate about the creation of disruptive technologies, engineering excellence in the development of our solutions and delivering substantial value to our customers.

The Spectrum Effect leadership team has deep experience building AI-based wireless solutions for the leading operators around the world. 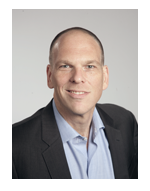 Charles Immendorf is an entrepreneur and veteran of the wireless industry with an established track record of creating and commercializing high-value innovations. Under Charles’ leadership, Spectrum Effect has become the industry leader in automated AI-driven analysis of mobile networks serving many operators across the globe. Prior to Spectrum Effect, Charles was the Co-Founder and CEO of Eden Rock Communications which created the industry’s top Self Organizing Network (SON) software solution and was acquired by Nokia. He then served as the Head of SON at Nokia, helping establish Nokia as the market leader. Charles previously served as an R&D leader at AT&T, Motorola, and mid-sized RAN OEMs. Charles has been granted 21 US patents and holds a BS in Electrical Engineering from Rutgers University. 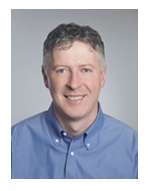 Eamonn Gormley is the CTO at Spectrum Effect and leads the algorithm design and architecture teams for Spectrum-NET. He has 25+ years of leadership and expertise in the development and deployment of wireless communications systems and tools. Eamonn previously held the position of Head of SON Architecture at Nokia, responsible for the industry-leading SON product, Eden-NET. Prior its acquisition by Nokia, Eamonn was CTO at Eden Rock Communications, where he led the design and development of Eden-NET. Eamonn held the positions of Director of Technology at SR Telecom and DSP Software Manager for AT&T’s OFDM broadband products program. Eamonn has been granted 77 US patents and he received a B.Eng. degree in Electrical Engineering from the University of Limerick, Ireland. 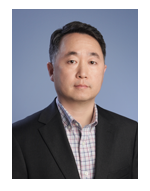 Jake Yun is the Chief Scientist at Spectrum Effect and leads advanced research, disruptive innovations, and system design. Prior to joining Spectrum Effect, he was a principal systems engineer in Nokia’s SON division and with Eden Rock Communications (acquired by Nokia), where he conducted research in the spectrum sharing space and designed critical SON modules for Eden-NET. Before Eden Rock, he was with JUNI, where he designed MAC/SON algorithms for Mobile WiMAX and LTE small cells, and with POSDATA, where he designed PHY/MAC algorithms for Mobile WiMAX systems. He has been granted 23 US patents and has authored several journal and conference papers. He received B.S. and M.S. degrees from KAIST and Ph.D. from Pennsylvania State University, all in electrical engineering. 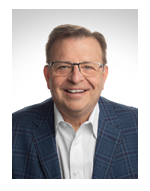 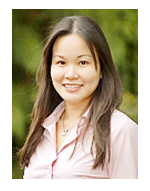 Debby Toye is Chief Financial Officer at Spectrum Effect and is responsible for all aspects of accounting and finance. She has 20+ years of experience in business and financial management of technology groups and demonstrated financial management leadership of technology startups and scale-ups. Prior to joining Spectrum Effect, Debby was CFO at Eden Rock Communications, and Business Operations Manager at Nokia following its acquisition of Eden Rock. She previously served as CFO Opanga Networks and in management positions at SR Telecom, IBM and Bank of Montreal. Debby holds a MBA and B.Eng. in Chemical Engineering from McGill University in Montreal, Canada and is a Certified Public Accountant in the State of Washington. 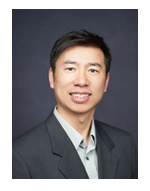 Anthony Wong is Chief Architect at Spectrum Effect where he leads the design of Spectrum-NET. He has 20+ years of experience in software design, with a strong focus on software performance. Prior to joining Spectrum Effect, Anthony was Chief Software Architect at Eden Rock Communications, where he led the architecture design of the Eden-NET SON solution. After Nokia acquired Eden Rock Communications, he served as Principal System Architect at Nokia. Anthony previously served in senior software engineer positions at Peerless Systems and AT&T, designing and implementing time-critical software. He has been granted 8 U.S. patents and holds a B.S. degree in Computer Engineering from the University of Washington. 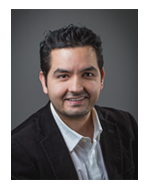 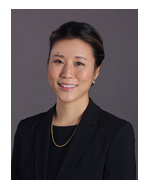 Jina is responsible for product management, sales engineering, and project management at Spectrum Effect. Prior to working for Spectrum Effect, Jina worked for Fluke (a Fortive operating company), McMaster-Carr and JP Morgan. Jina received an MBA from Harvard Business School and a BA in Economics from the University of Chicago.

Scot Jarvis co-founded Cedar Grove Partners, a private equity firm with a focus on wireless communications, in 1997 after a highly successful career in management and investment roles in the wireless communications industry. A graduate of the University of Washington, Scot founded and served as the first President of Nextlink Communications, served as a Regional President of Nextel, and served as a Senior Executive with McCaw Cellular (now AT&T Wireless). He has served or currently serves on the boards of public and private companies, including Airspan, Conner Homes Group, Kratos Defense and Security Solutions (KTOS), MobiTV, RootMetrics, Slingshot Sports, Toba Inlet PCS, and Vitesse Semiconductor (VTSS). Scot also serves as a Venture Partner for Oak Investment Partners focusing in the wireless communications market.

Bruce Brda is the retired Executive Vice President, Products & Solutions, for Motorola Solutions where he was responsible for development of the company’s mission-critical communications portfolio. In this capacity, Bruce served on the company’s executive committee, ensured strong alignment between the company’s vision, strategy and portfolio execution and contributed to more than a 200% increase in shareholder value. From 2014 through early 2019, Bruce led the company’s product management, engineering, procurement, corporate strategy organization, CTO and venture capital organizations. Brda joined Motorola in 1989 where he held a variety of leadership roles in sales, engineering and business development across several Motorola business units. He managed the go-to-market function for key regions in Motorola’s Mobile Devices business and also led the global sales organization. In 2009, he led Motorola’s Networks business and guided its sale to Nokia Siemens Networks. Brda was then tapped to lead Motorola’s newly created Solutions & Services business. Prior to joining Motorola, he worked as director of engineering for Dukane Corporation and as a design engineer for Northrop Corporation. He earned a bachelor’s degree from Southern Illinois University and a master’s degree from Illinois Institute of Technology. He previously served on the Board of Eden Rock Communications prior to its acquisition by Nokia.

Gary is the President of Kellett Investment Corp where he manages a large portfolio of diverse investments including real estate, investments in private companies and hedge funds. His 30+ years of financial and operations experience includes serving as Chief Financial Officer of Impac Hotel Group, one of the largest hotel companies in the US, and Technology Ventures, an incubator of several early stage technology companies. Before this, Gary held various leadership roles with The Ritz-Carlton Hotel Company and Johnstown American Companies. Gary holds a BBA Business Administration with a Major in Accounting from Georgia State University.

John Saw, Ph.D., is the executive vice president of advanced and emerging technologies at T-Mobile, where he and his team of brilliant technologists are constantly looking for new and innovative ways to disrupt wireless and bring a little joy to customers’ lives.

John was previously the chief technology officer at Sprint, where he transformed its network performance and oversaw the company’s 5G rollout. John was also the chief technology officer at Clearwire before the company was acquired by Sprint in 2013. Long recognized as a pioneer in the 2.5 GHz band, he’s led the development of the 2.5 GHz band into one of the most valuable mid-band spectrums in the U.S. and one of the largest ecosystems in the world.

Joseph P. Landy, recently retired Partner and Co-Chief Executive Officer of Warburg Pincus, engaged in all aspects of private equity investing from 1985 until 2020. During his tenure, Mr. Landy co-led the firm’s Executive Management Group, formulated strategy, provided oversight of investment decisions and grew the firm’s private equity assets under management to $56 billion. Mr. Landy’s principal areas of investment focus have been information technology, Internet applications and infrastructure, communications applications and structured investments. Mr. Landy is on the board of trustees of New York University, serving as Chair of the Investment Committee. He is also a board member of Fountain House, the National Park Foundation and several privately held companies. Mr. Landy has previously served as a board member of CrowdStrike, Neustar Inc., Covad Communications, Avaya Holdings Corp. and Bausch & Lomb Inc. Mr. Landy holds a B.S. degree in Economics from The Wharton School at the University of Pennsylvania and an M.B.A. from The Leonard N. Stern School of Business at New York University.

Spectrum Effect is grateful to Jim for the vision, guidance, and invaluable contributions to our success. Jim was a leader, a mentor, and a good friend. The Spectrum Effect team will honor Jim’s legacy by working diligently to bring his vision to reality.